In April 2015, a fire broke out at Clandon Park, a Palladian mansion built for Lord Onslow in the 1720s.

The fire spread from the basement through the lift shaft and into the roof damaging 95 per cent of the house and leaving it a shell. As a National Trust property, salvage and restoration is the primary aim which meant that the contents of the house had to be protected from the weather while the restoration works took place.

“We started erecting the scaffold in September with a view to getting the building weather tight for Christmas” recalls Darren Lee, Managing Director of Ideal Scaffolding (Southern) Ltd, “This presented a huge challenge as we had to stop and start the erection of the scaffold in certain areas to allow other contractors to carry out their works. Due to windy conditions in December, with only 10 days to go until the Christmas shutdown we had not lifted any roof trusses into place and had run out of room at ground level to erect the remaining five trusses”.

The weather forecast predicted that the wind speed would drop sufficiently overnight to allow the crane to lift so it was agreed that Ideal Scaffolding (Southern) Ltd would work throughout the night to get the schedule back on track. On the 23rd of December at 2.30pm we broke up for the Christmas break having totally weatherproofed the building and made the last high level fix of monarflex to the full perimeter. It had taken 16 and a half weeks to this point and we returned after the Christmas break to complete the monarflex sheeting. The roofing system used was a Haki 750 complete with gutter system. The scaffold structure was designed by Optima as a permanent structure as the complete project is estimated to take at least 4 years.

The fire destroyed many of the floors/ceilings which makes access to various areas of the building difficult. Ideal Scaffolding (Southern) Ltd have erected various platforms and staircases to bridge basements and access upper floors. These works will continue throughout the 4 year project to facilitate the progression of the restoration. 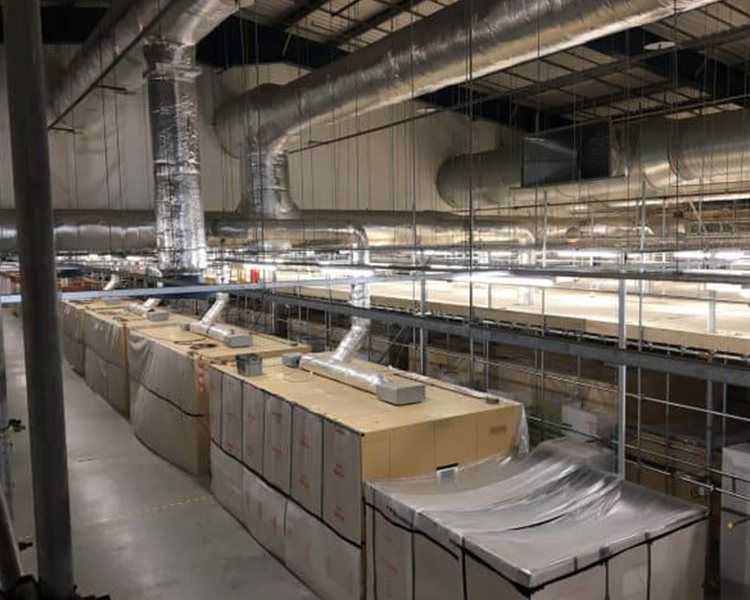 The recent refurbishment of one of the Army’s most significant training assets was made possible thanks to a team of fast-working scaffolders. 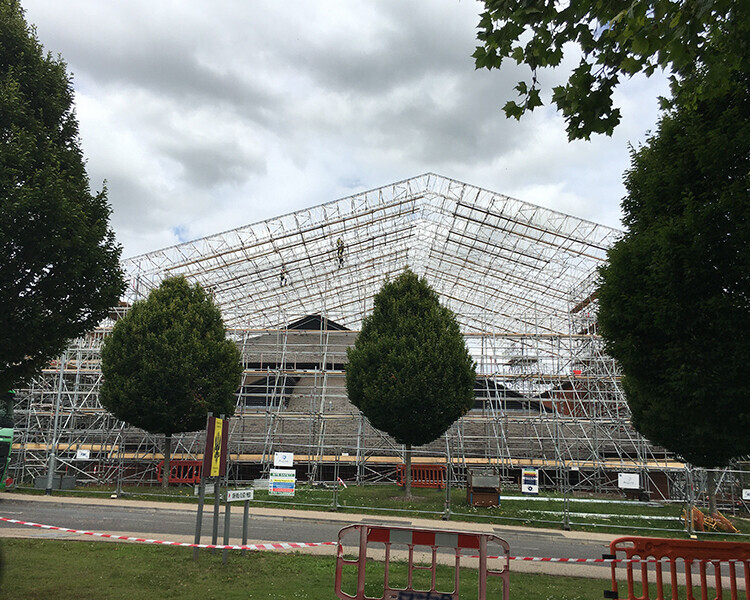